Sam Grant is Campaigns and Programme Manager for Rene Cassin, the Jewish voice for human rights. 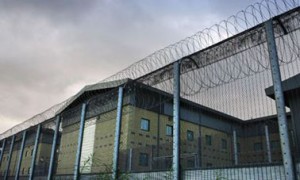 What is the issue?

This year has seen the greatest refugee crisis since the Second World War. Amid heated debate about the UK’s response, the shameful truth is that Britain is the only country in Europe where asylum-seekers are locked up indefinitely. There is a connection between how we talk about those seeking sanctuary here and how we treat individuals once we arrive. Under current UK immigration law people seeking asylum from persecution can be detained and held in custody for an indefinite amount of time. Although, UK Home Office policy states that asylum seekers are supposed to be processed as soon as possible, the length of time in detention can range from months to years.

As a consequence of this policy, asylum seekers are held for lengthy periods in centres like Campsfield and Yarl’s Wood, often without proper access to legal assistance or any sense of the proceedings on their case. Many asylum seekers are already very vulnerable, fleeing conflict and overcoming terrible ordeals to make their way to the UK. The effect of this practice on these detainees is horrific, especially for vulnerable people such as pregnant women, survivors of sexual violence and people suffering from mental illnesses, who receive no specialised care for their needs. Even Russia has a time limit.

Why is this bad?

On a practical level, individuals wait in detention for months, sometimes even years, without knowing if they are close to release or deportation. The psychological effect of this open-ended sentencing can be disastrous, with research showing connection between indefinite detention and mental illness, suicide attempts and deaths. The conditions in detention are themselves of great concern, with reports of gross negligence towards detainees with medical needs, and abusive behaviour and practices on the part of officers reportedly commonplace.Seeking asylum is a human right. The UK has a long history of accepting those fleeing oppression and welcoming them into society, though today, those who make the long and often treacherous journey to the UK are detained upon arrival.Open-ended detention is not only an egregious breach of the UK’s moral obligation to help vulnerable people fleeing persecution; it is also a very ineffective system. The recent parliamentary inquiry into immigration detention described the system as ‘”expensive, ineffective and unjust.” The Home Office is currently wasting £76 million a year detaining migrants, many of whom are ultimately released. Reforms to the detention system could therefore mean bringing about a set of new practices that are more humane for asylum seekers, and ultimately far more efficient in terms of public spending.

Why is it a Jewish issue?

‘Strangers in a strange land’

Jewish experience and Jewish values combine to make this a Jewish issue. The concept of asylum goes back as far as the ancient Hebrews, Egyptians and Greeks, who reocgnised that a person persecuted for their political or religious beliefs could seek sanctuary in a foreign country. The UK has a strong history of providing a sanctuary for people fleeing atrocities, including the Jewish people. Modern concepts of asylum stem from the horrors of World War II, as do many modern human rights protections. Jewish experience of immigration to this country is still very raw and recent. Further, it was the experience of many German, Italian and Czechoslovakian Jews who had escaped Germany to England to be detained on the Isle of Man during the beginning of the Second World War. Many things differ from that experience to this, but one uniting factor is the portrayal of asylum seekers in negative terms by the media of the day. Genuine asylum seekers do not only exist in the past.

What can people do?